Military Aviation – NAF El Centro: The Jewel in the Desert

On a cool December morning, the distinctive sound of an aircraft starting fills the air. Then another. And another, until there are six running jets humming in the near distance. After ten minutes, six more start up. The first jets to start were McDonnell Douglas T-45C Goshawks from training squadrons VT-7 and VT-9, and they taxi to the end of runway (EOR) hold point. The pilots complete their final checks and then get clearance from the control tower for departure on the active runway. The sleek white and orange jets, based on the BAe Hawk T1, take off in pairs. With the six Goshawks up and away from El Centro, the next six aircraft make their way down the taxiway. They are F/A-18E & F Super Hornets from VFA-122. After completion of their checks, the aircraft taxi to the runway in pairs. The pilots plug in the afterburners to full power making the ground shake as they launch into the Californian sky. Within the next 20 minutes, six AV-8B Harrier II from VMAT-203 and six more T-45Cs from VT-7 & VT-9 are airborne. The base and the surrounding farmland had been well and truly woken up.

A little over 100 miles due East from the metropolitan buzz of downtown San Diego lies a United States Navy facility called NAF El Centro. It is located in the desert just North of the Mexican border, and despite the 4,000+ft mountains that surround it, it is 42ft below sea level. The convenient close proximity to the mountains and the almost year-round sunshine of Southern California make it superbly placed for military aviation training. Good weather with little cloud, fog, snow, rain and ice means that squadrons can practice air-to-air and air-to-ground combat mission profiles almost uninterrupted. The facility is also far enough away from major built up areas to avoid annoying the locals.

The facility plays host to a number of different squadrons from the United States Navy, United States Marine Corps, United States Air Force and foreign air forces, bringing both fixed wing and rotary types. NAFEC Public Affairs Officer Kristopher Haugh explains the appeal: “We have had British, Belgian, Canadian, Danish, US Marine, US Air Force and, of course, US Navy aircraft visit us. From the most junior pilot learning how to fly a jet, to seasoned professionals who return to further hone their skills, NAF El Centro provides an optimal training environment.” Most squadrons visit NAFEC between three and four times a year, weather depending at their home base, whereas the Fleet Replacement Squadron, VFA-122, complete a six week deployment during January and February and then a 1-2 week deployment every couple of months throughout the remainder of the year. Some of the pilots stay for the whole duration of the deployment while others, who are further advanced in their syllabus/training, will swap out.

Training Wing 1 (TW-1) consists of two squadrons, the ‘Eagles’ of Training Squadron Seven (VT-7) and the ‘Tigers’ of Training Squadron Nine (VT-9), and is located at NAS Meridian, Mississippi. The unit trains US Navy and US Marine Corps student naval aviators who, at the completion of the programme, earn their Wings of Gold and are designated as Naval Aviators. They go on to follow on training in the Fleet Replacement Squadron (FRS) and learn to fly their fleet aircraft such as the F/A-18 Hornet/Super Hornet, E/A-18 Growler, EA-6B Prowler, or AV-8B Harrier II. TW-1 also trains foreign naval aviators including French, British, Spanish, Italian, and Singaporean airmen.

T-45C Goshawk from VT-9 ‘Tigers’ with excellent mouth on the nose and tiger stripes on the tail. © Alan Kenny – globalaviationresource.com

What training is carried out by the squadron at NAF El Centro and how does it benefit the pilots?

The student naval aviators come to NAF El Centro to practice aerial bombing, single and multi-plane low-level navigation, and section road reconnaissance flights. In addition, we have done tactical formation and basic fighter manoeuvring flights. Aerial bombing consists of a high and low pattern utilising a 30 degree and 10 degree profile with a manual delivery. After getting proficient in manual delivery they switch to a computer assisted delivery technique known as Continuously Computed Impact Point or CCIP. The final weps flight consists of a low-level ingress to a pop-attack delivery. Low-level navigation flights utilise low-level VR routes to practice chart to ground navigation and timing to a target attack while flying 500ft above ground level at 360 knots. Road-reconnaissance flights use section tactics to locate targets along a route and execute pop attacks. These flights benefit pilots to build a foundation for follow-on flights in their fleet aircraft that will add more complex targets, situations, and weapons systems.

What training, if anything, takes place before and after the detachment?

Prior to coming on detachment, the students spend multiple hours in the simulator applying the skills they learned in ground school so that they can transition to the jet. They also plan and make the charts required for the low-level navigation flights and practice chair flying the events with other students. After the deployment, students typically have the Air Combat Manoeuvring syllabus and/or carrier qualification left to complete. However, some complete their final events at El Centro and earn their Wings of Gold as a naval aviator.

NAF El Centro is located far from any towns and cities – does this aid training?

El Centro is a great location for many reasons. The sunny weather, void of any clouds, is great for the bombing and low-level flights. The remoteness from any major cities makes it easy to get in and out of. The close proximity to the bombing ranges and VR routes is very helpful for training since we are always trying to maximise time to train with what fuel we have available. We are able to cut down our time to train compared to doing the same flights back home.

VFA-122 ‘Flying Eagles’ are based at NAS Lemoore, due South of Fresno, which is between Los Angeles and San Francisco. The squadron is the West Coast Fleet Replacement Squadron and they are responsible for training and re-training pilots onto the F/A-18A/B/C/D Hornet and E/F Super Hornet.

VFA-122 attends El Centro to conduct formation flights, air-to-surface flights, low altitude training flights, and field carrier landing practice while on detachment. The base benefits the squadron greatly because of the close proximity of the training ranges as well as the beautiful weather there in the winter. Lemoore historically has issues with the fog during January and February.

NAF El Centro is located far from any towns and cities, does this allow longer training to take place? Is any night flying done whilst there?

There are some night flights done there. Being located away from towns and cities allows for the close proximity to ranges, including ranges where we can drop ordnance. This also allows for less transit time on our flights which, while the flights often end up being shorter, is more efficient since we are using our gas/flight hours for training vice transiting.

What training is carried out by the squadron at NAF El Centro and how does it benefit the pilots?

Naval Air Facility El Centro is used by Marine Attack Training Squadron 203 to introduce Replacement Pilots (RPs) to several air-to-surface skill sets. There are a wide variety of ranges in the area that allow everything from practice bombs all the way up to High Explosive (HE) ordnance. The West Coast training ranges are used because not only do they allow HE ordnance, they also allow the aircraft to employ all variants of guided bombs – Joint Direct Attack Munition (JDAM) / Laser Guided Bomb (LGB).

What training, if anything, takes place before and after the deployment to El Centro?

Prior to taking part in the air-to-surface stages, the RPs are introduced to flying the Harrier, formation flying, and advanced aircraft handling. Due to the unique capabilities of the aircraft to transition from wing borne to jet borne, this requires several months of training. The students initially spend the majority of their training in the two-seat variant (TAV-8B). During this initial training, the RPs solo the AV-8B for the first time and also increase their ‘comfort level’ in the aircraft before moving onto more dynamic events.

Two AV-8B Harrier IIs fly over the base and break for the approach. © Alan Kenny – globalaviationresource.com

What missions does the squadron carry out whilst there?

Air-to-surface is the mission focus while the squadron is on detachment.

There are several stages:

This well used AV-8B departed NAFEC, but returned shortly after. Ten minutes later and the jet was back in the air. © Alan Kenny – globalaviationresource.com

The US Navy display team, the Blue Angels and their F/A-18 Hornets, call El Centro home for three months of the year, from January to March as they undergo winter training. With the high tempo of flying that goes into preparing for the new season, as well as training new team members, the sky around El Centro is very busy. Does this mean that the facility is closed to other squadrons while this training takes place? “Absolutely not. We accommodate the Blue Angels and their intense training while also hosting other squadrons. Our facility was designed to support multiple types of training simultaneously”, explains Kris Haugh.

NAF El Centro has been in constant use with the US Navy since May 1946. What does the future hold? “El Centro has a bright future due not only to the excellent flying weather and proximity to ranges, but the deep and collaborative relationship we share with the local community of the Imperial Valley. NAF El Centro and the people of the Imperial Valley are proud to be the premier training facility for the US Navy. We are unique in the opportunities we can give squadrons and are pleased at the number of US and international squadrons that chose to come here for their training.” Kris Haugh is very proud of his role and his facility’s role within the US Navy. 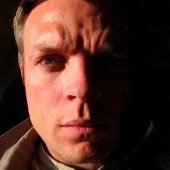 Aviation Feature – 40 years of the Hawk – A personal celebration