Yesterday afternoon the first four F-15QAs for the Qatar Emiri Air Force arrived at RAF Mildenhall at the end of the second leg of their delivery flights. Chris Wood reports. 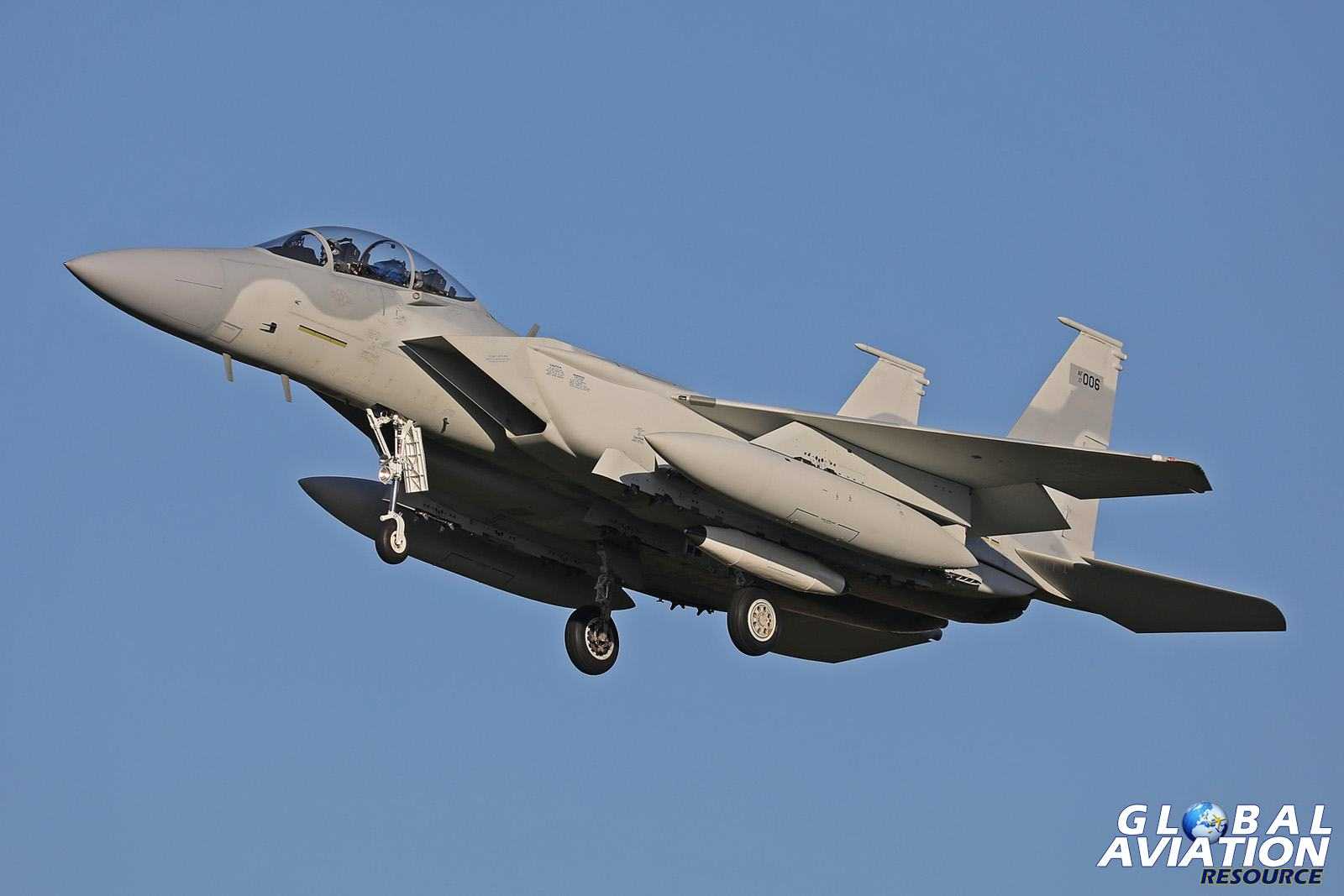 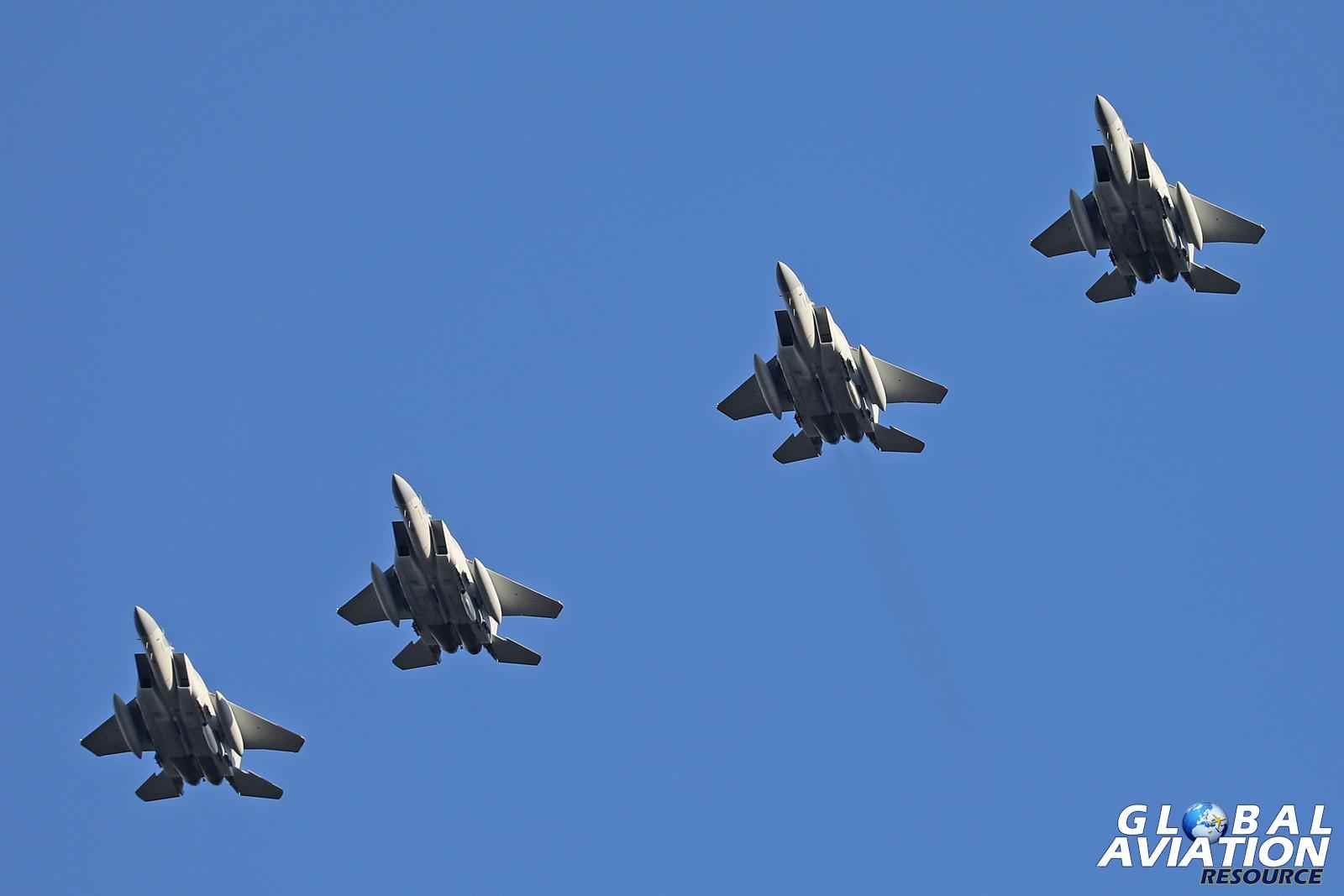 After an overnight stop they were airborne from Bangor, in company with a KC-10A, callsign GOLD 11, at 0420 local time (0920 BST). They took a northerly routing over the Atlantic, exiting the oceanic airspace to pass north of Northern Ireland. The tanker and its chicks then split with the KC-10 continuing on to Rota in Spain, whilst the F-15s headed for Mildenhall, landing shortly after 1530 local time.

Normally F-15 deliveries transit through RAF Lakenheath, which is the home of the 48th Fighter Wing flying F-15Cs, Ds and Es. It’s believed that the switch to Mildenhall was to facilitate a weekend departure for the aircraft for their onward flight to Al Udeid Air Base in Qatar. 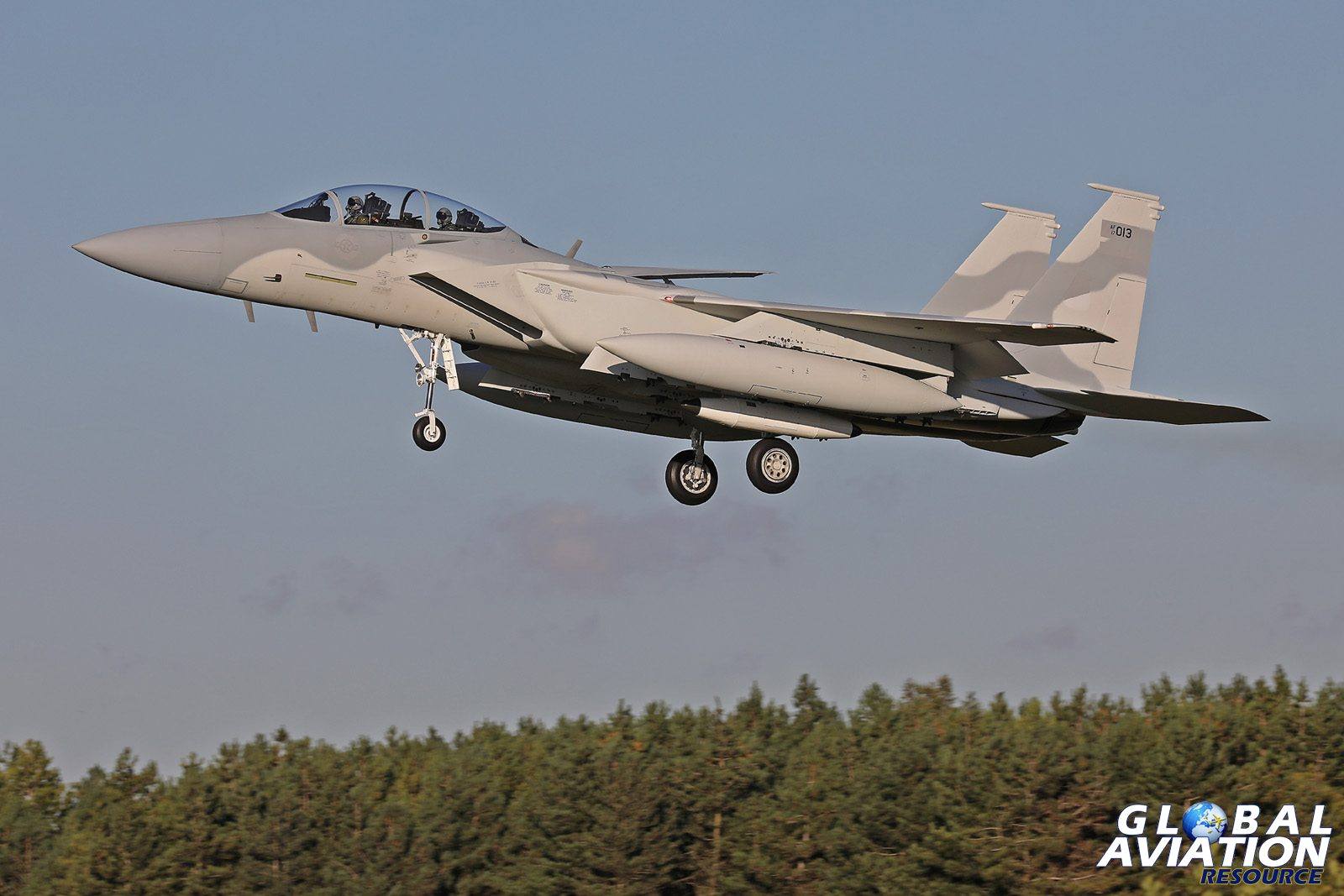 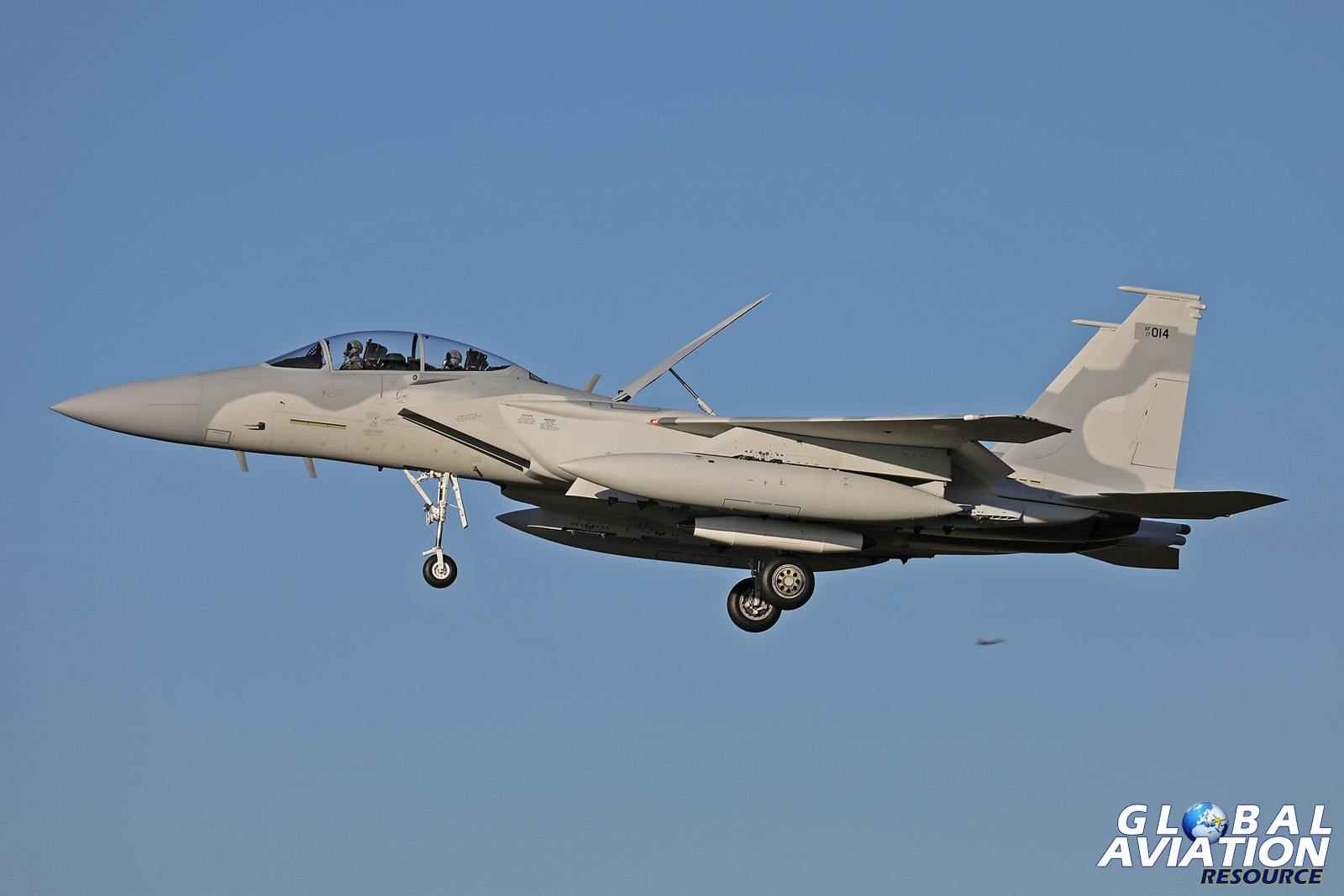 RETRO 63, which went around from it’s first approach, about to touch down from its second approach. © Chris Wood – Global Aviation Resource

Approval for the sale of up to 72 aircraft to Qatar was granted in November 2016, and the first order, for 36 aircraft, was signed in June 2017. This reported US$12 billion deal included training, support, equipment and weapons. The first flight was on 13th April 2020 and on 20th February 2021 the first aircraft arrived at the MidAmerica St Louis Airport, Illinois, which is the civilian side of Scott Air Force Base. Here a number of aircraft are being employed to train Qatari crews. Boeing is also building an aircrew and maintenance training centre at Al Udeid Air Base, which is funded up to 2024. 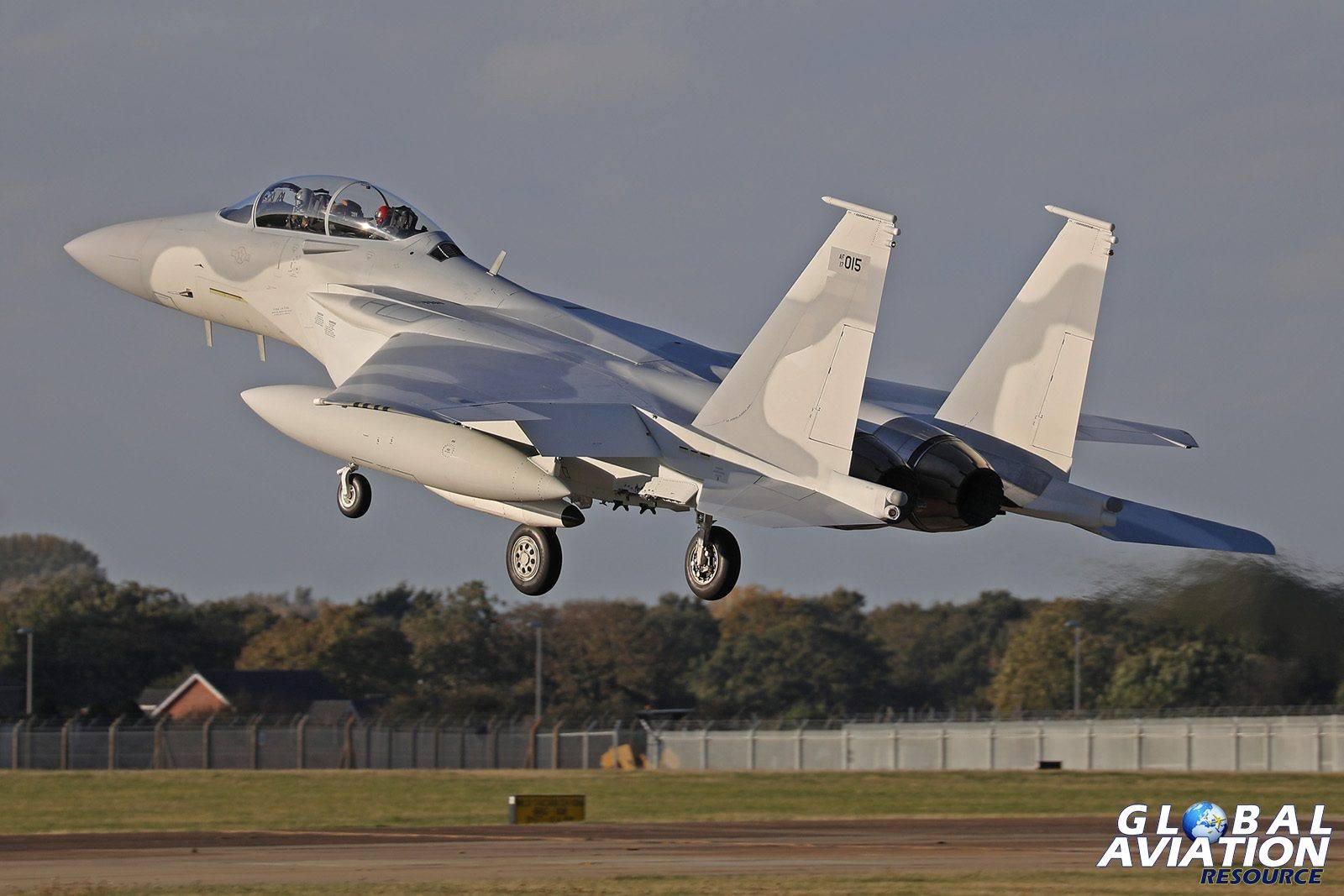 The F-15QA also forms the basis of the new F-15EX being developed for the US Air Force, to replace its fleet of legacy F-15Cs and Ds.

The aircraft were expected to depart after a few days layover. With 32 more aircraft to come from this order, the Suffolk skies will be seeing more light grey Eagles for a while.

UPDATE: due to rumoured diplomatic clearance issues, three of the aircraft finally departed on Tuesday 15th November. It is anticipated that the fourth aircraft will join up with the next delivery flight. 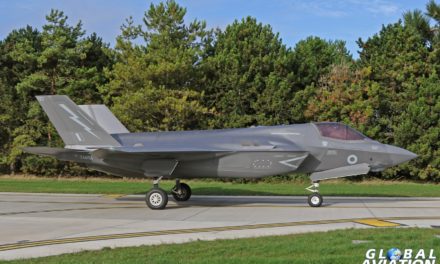 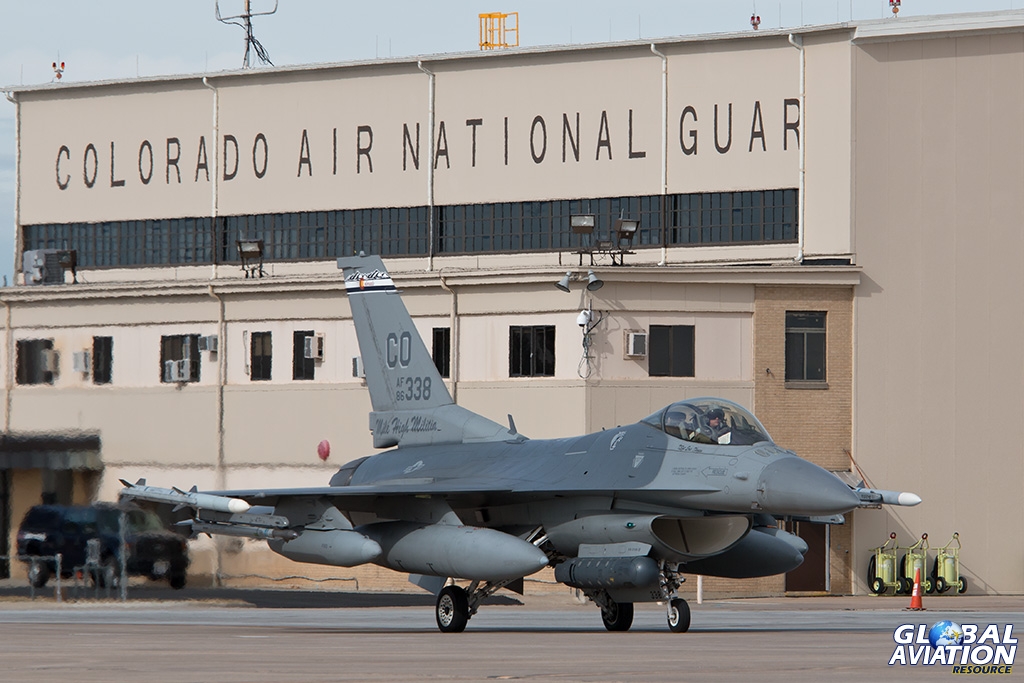