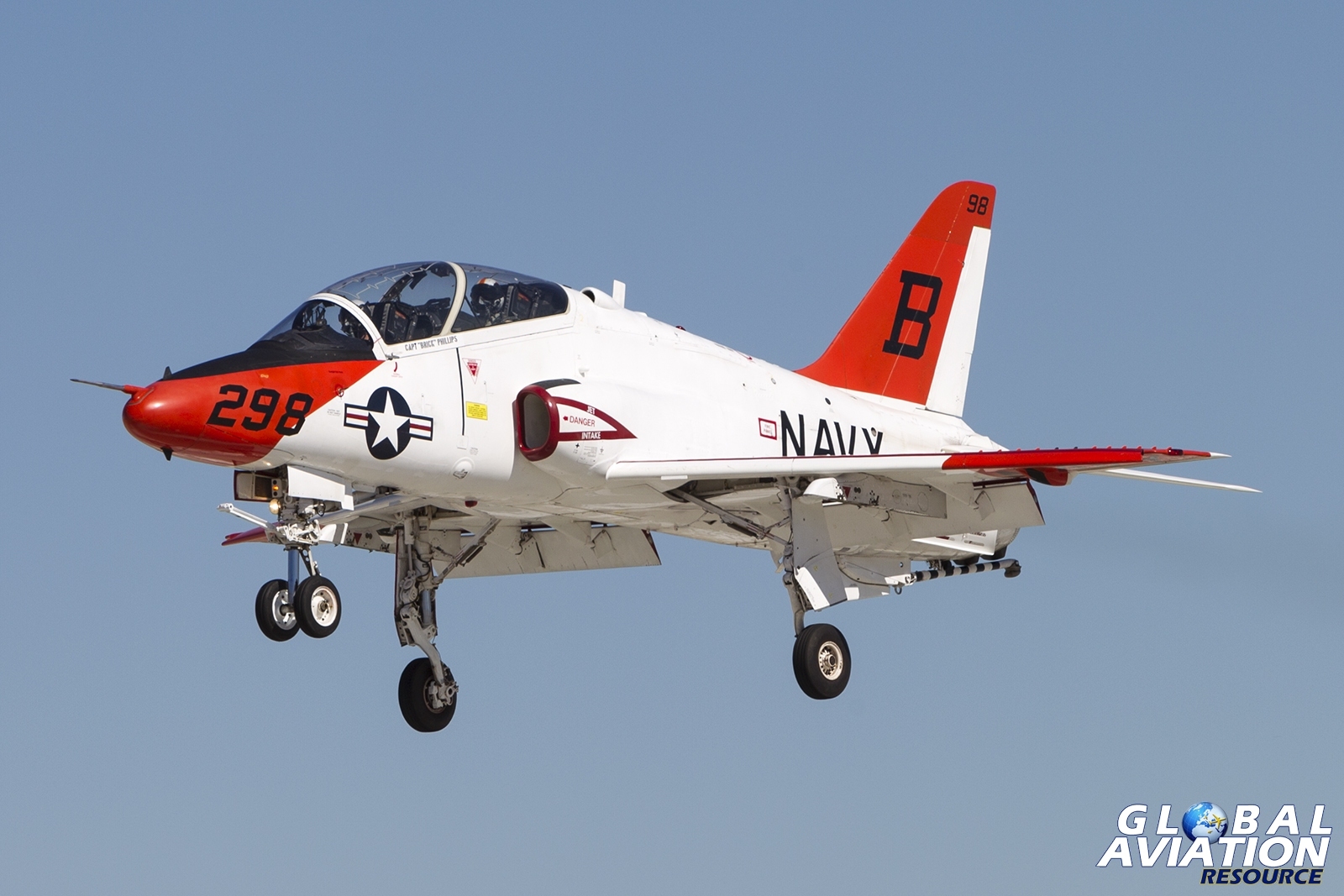 TW-2 utilised their T-45C Goshawks heavily during the deployment to El Centro. 167078/B-298 returns from another training sortie in the local area © Tom Gibbons – Global Aviation Resource

A visit to NAFEC will invariably guarantee good weather and a busy airfield and our visit in October was no exception with blue skies each day, high temperatures, an extremely busy airfield and an eclectic mix of types in operation. Flying operations start early, maximising use of the training day for those units deploying and by 08.00 aircraft were already seen returning from the first sorties. Throughout the day the whine of ground power units and aircraft engines spooling up prior to take off was a constant soundtrack through to sunset and sometimes beyond. 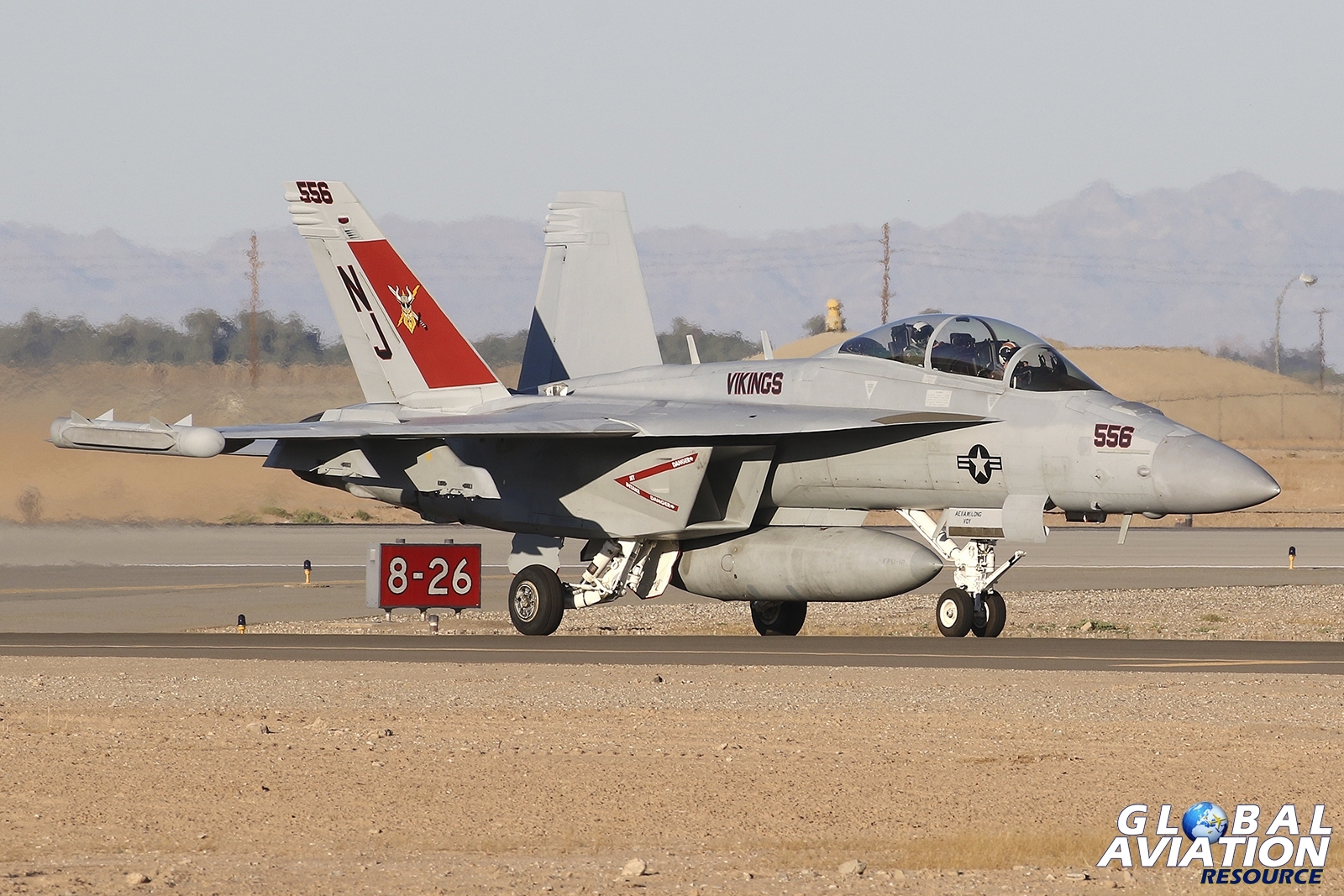 The NAFEC biannual photocall is well known to most enthusiasts and with the variety of aircraft noted the previous day, the day was full of promise. Circa one hundred photographers were welcomed to the facility by the Commanding Officer, Captain Brent Alfonzo USN, Executive Officer Commander Jeremy Doughty USN and their hard-working team of men and women, many of who had volunteered their time to escort the visiting photographers throughout the day. NAFEC Public Affairs Officer (PAO) Kristopher Haugh and team coordinate the photocalls and use the opportunity to simultaneously offer a unique and intimate view of Naval Aviation operations and to temporarily use the visitors to provide a virtual PA team of over 100 people.

The resultant increased volume of post-event material made available by the photographers is of significant benefit to the PA team for community outreach and to promote the mission of the facility and that of the US Navy. Couple that with the fact that many attendees will promote NAFEC through social media channels and websites such as Global Aviation Resource then it really is a win-win for all and an outstanding and enduring NAFEC initiative. 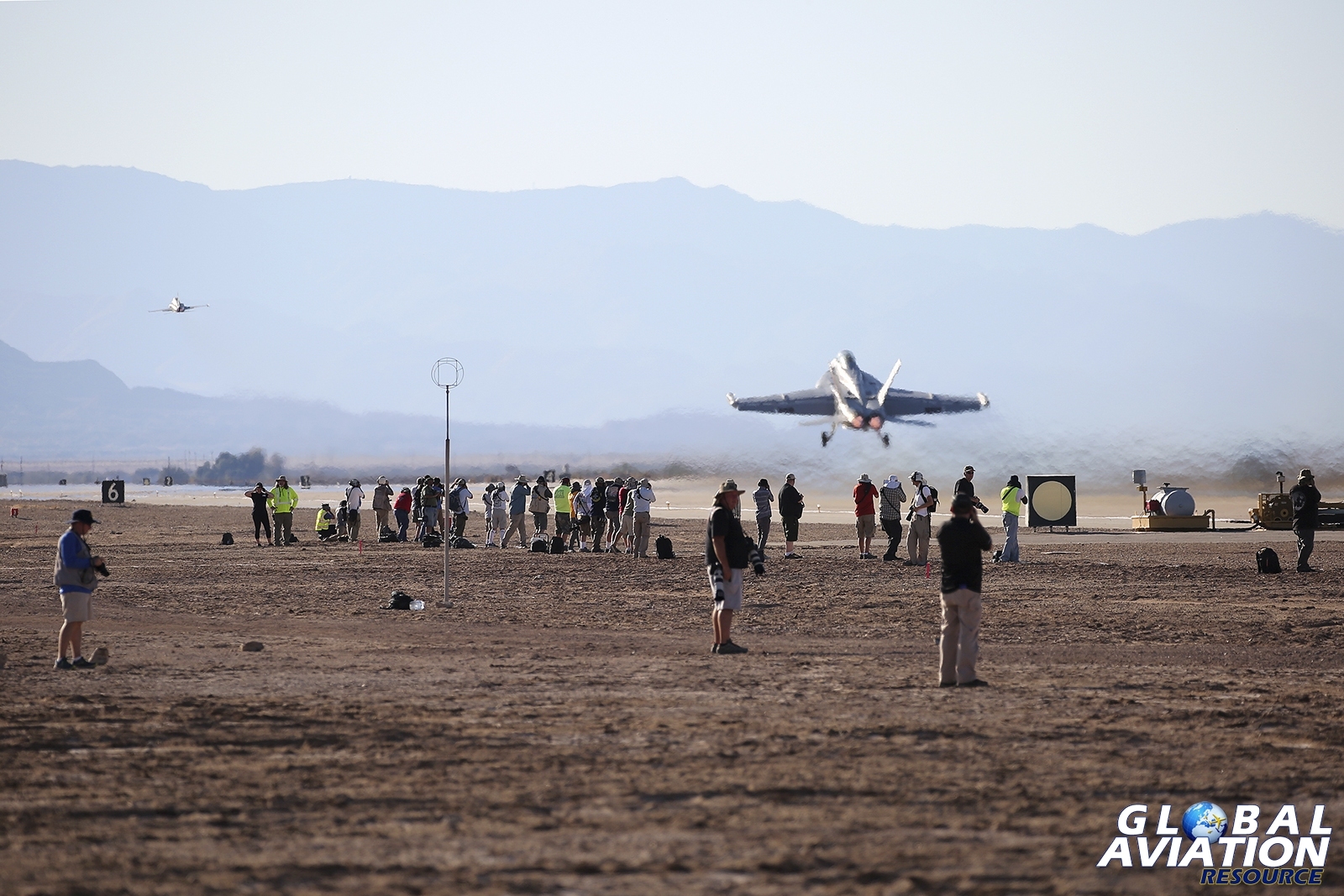 GAR would like to extend grateful thanks to the following for their assistance in facilitating a fascinating insight into US Naval Air Operations at NAF El Centro:

Douglas Glover, 3G Aviation Media and Joe Copalman, Arizona Aviation Photographers without whose assistance the Photocall attendance simply would not have happened. 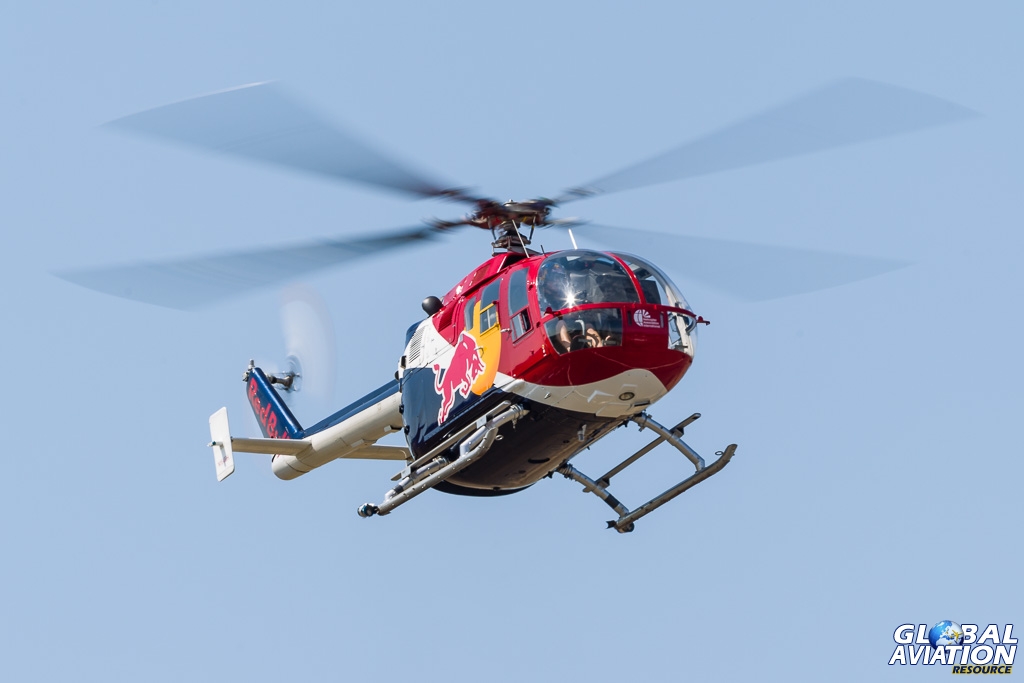 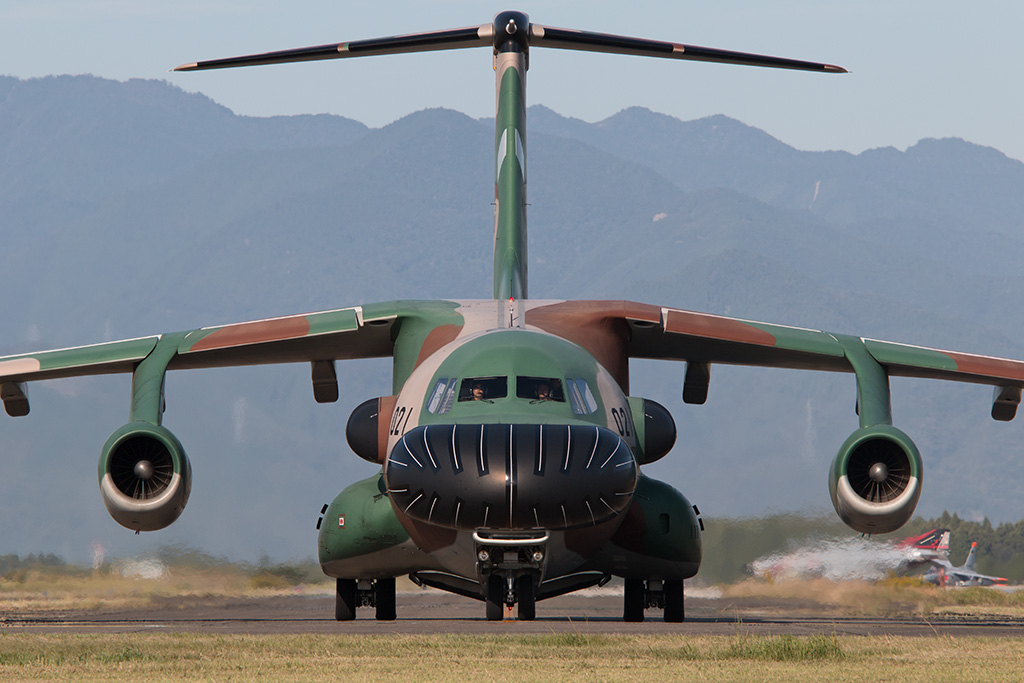